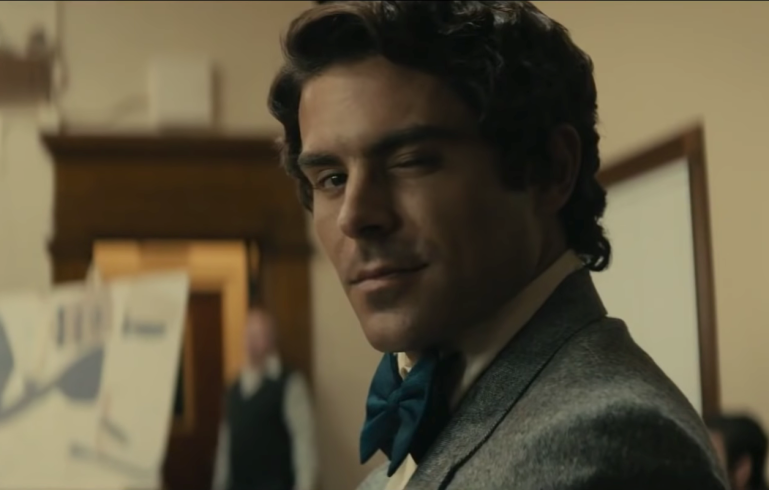 Remarkably, Netflix has had to recently tweet out a reminder that Ted Bundy was a killer and that that they boast “literally THOUSANDS of hot men on the service — almost all of whom are not convicted serial murderers,” while Penn Badgley has been seen responding to fans on social media and direct messaging some of the more concerning cases, in order to remind them that his character from the show You is not exactly a dreamboat.

This is not the first time that such a case has cropped up. Time and time again, some women (and it is largely women) have been known swoon over some men (and it is almost exclusively men) who they know have done evil things. IRL, it is a deeply concerning thing – there is a reason that the women who marry men on death row usually find themselves without friends and family, people exasperated and at a loss due to their choices – but it does not warrant the same kinds of alarm bells when it is a crush on a fictional character. Yet, both can be worrisome, though to obviously different degrees.

While most of us haven’t married known serial killers, we have, many of us, to one degree or another, experienced someone letting us down or hurting us and ignored it or justified it because we loved them or, at least, thought we did. Most of us have not pinned images of real-life murderers up in our collective lockers but many of us have rooted for the killer in a film or show or other work. It is hard not to, at times, when we see a story from someone’s perspective, when the story arch encourages us to feel for them. Hollywood loves a troubled man and loves to paint him with the rather romantic brush of the anti-hero rather than portray the nuances of a criminal, who may or may not have had a tough go of it, but is, at the root of things, a deeply troubled and dangerous person who did wrong.

Hybristophilia, also known as Bonnie and Clyde Syndrome, is defined by sexologist Professor John Money as a paraphilia in which one is attracted to and aroused by a partner that is known to have “committed an outrage or crime, such as rape, murder, or armed robbery”. It is, obviously, a more serious situation than someone tweeting that Bundy or Ramirez or any other famous serial killer was kind of hot or someone rooting for Joe in You or the eponymous Dexter of the FX show or a whole host of other fictional killers. Most of us are still keenly aware that these are dangerous men or fictional types of men that do exist in the real world but I think this phenomenon does speak to something that many of us are guilty of; ignoring red flags and excusing things.

The media certainly has a part to play in all of this by casting incredibly handsome men and making a charismatic murderer the focus of endless tales, by choosing to sensationalise and flock to cover stories of such men who exist in the real world, by deciding to make such characters the protagonist time and time again, by devoting lots of time to sad backstories rather than to the suffering of victims and their loved ones.

With the way Hollywood works, it is, largely, the beautiful who grace our screens and, accordingly, they end up playing some of the worst people to have existed or to have been imagined. Of course, we rarely see truly evil women represented as beautiful and desirable, save for comic-book-type villains in spandex and some sort of distinctive scar. In fact, the narrative that kind characters, princesses, those worthy of love, be presented as almost universally conventionally attractive remains unchanged. But men can be beautiful or ugly, mean or unmotivated, talented or downright evil, they can be a gamut of things and still worthy of being the centre of attention.

Handsome men can play evil characters and don’t always have to be made much less attractive to do so. They don’t have to dress down to play a complex role as Charlize Theron did when she took on the part of Aileen Wuornos. Zac Efron can wow audiences in a trailer for a serial killer movie with his winks and smiles and a highlighted love story. Even terrible men get to be more complex than most female protagonists and the benefit of the doubt from audiences. We are ready to go with them through the ups and downs of a story while one comment perceived as bitchy or one preference considered shallow can end all of the tolerance an audience has for a female character. How often have we seen an objectively terrible dude in a movie continue to be the hero while a female character with an opinion or grievance gets immediately dismissed as annoying or unlikeable?

I am not saying that these stories of bad men should no longer get told, especially as a true crime fan, myself. However, in this post-Me Too world, I think we should ask for more diversity and equality, not only in the casting and the telling stories, but also in the perspectives we seek out. Maybe it is time to flip the script and tell these stories from the points of view of the other people involved and make less of an effort to make the characters of killers and abusers so appealing and sympathetic. We can ensure that people are aware of how dangerously charming such people can be without lingering on them so lovingly, as many plots have so often been wont to do.

We also, however, have our own part to play in the romanticising of these men. Sometimes we get inappropriate crushes or think someone we shouldn’t find attractive is good-looking but we are, ultimately, in control of our own minds. One can totally think, “Huh, Bundy was kind of handsome,” without developing a full-blown fixation. One can acknowledge anyone is attractive without being attracted to them, it is merely recognising symmetry or physical traits currently considered appealing by society.

I remember leaving a movie, commenting that I had never noticed how handsome the lead actor was before, and my friend looked at me in horror as we had just watched the character he had played kill endless innocent people. To tease him, I widened my eyes in surprise, “What? You can’t overlook a little murder for a pretty face?” Of course, I didn’t mean it, I catalogued that the actor was handsome, that the character had had an unfortunate upbringing, and still found him loathsome. I drew the line in my own head. As I did recently with You. My parents found my annoyance at his mistakes in leaving loose ends and near misses at getting caught out in his various heinous acts startling but it was clear in my mind; I was invested in the plot, not really rooting for a troubled man to do damage, and not crushing on a character or thinking I could change him were I there.

Because, sadly, that is the appeal for many, thinking that they could be the miraculous thing to change a bad person when, in reality, one can only change themselves and some are far too far gone. A line of thinking that empathises too deeply with such people, fictional or otherwise, should not be allowed, for one’s own sake. People need to remember how horrific acts by such people are, especially those that have really happened, those that have left victims behind. People need to ensure to remember that You‘s Joe was an obsessive and dangerous stalker; no matter what positive qualities he had, that such behaviours are never justified and not romantic, and should be big, ringing alarm bells in real life. And people should never, ever forget, that Bundy and his ilk took and ruined endless lives.

All of this may seem silly and obvious to some but it can be easy to get lost in well-shot scenes, sympathetic narratives, and handsome eyes. It it good to check in with oneself sometimes, to question one’s reactions and feelings, to draw lines, even with fictional or historic or faraway figures. And, particularly, be sure to carry over these check-ins to one’s own life and make sure to never allow oneself to ignore gut feelings or warning signs in favour of a nice face, charming personality, or affection.

Oh, and, for the love of God, just stop tweeting about serial killers being hot.

That being said, for more true crime content, check out Emma’s guide to serial killer movies.