Lookit, we could be here all day listing off scary books that are Halloween-worthy but as I’ve already read quite a lot of them, I thought I’d share instead my own personal reading list for the month of October. This is my favourite time of year and that’s in no small part due to the cosy factor; it’s starting to get nippy out which means lit fires, big mugs of tea and a good read. Add to that the creepy vibes of hallowe’en and you’ve got yourself a book-lovers dream.

A Discovery of Witches

This is very much influenced by the fact that there’s a TV adaptation of this currently on Sky, which I hear is quite entertaining. Plus, you can’t have an October book list without adding in a witch or two! Diana Bishop is descended from a long line of distinguished witches but she actually wants nothing to do with sorcery. So when she unwittingly requests a bewitched alchemical manuscript from the Oxford Bodlein Library for her research, she sets in motion a stirring in the underworld that unleashes daemons, witches, and vampires upon the library. Only she can break the spell, naturally enough!

The Haunting Of Hill House

First published in 1959, this is your quintessential classic horror novel. I have somehow  not read it yet, so here we are. The story begins with four people arriving at big old Hill House. Dr. Montague is an occult scholar looking for evidence of a haunting, Theodora is his easygoing assistant, Eleanore is a fragile young woman who’s had a little too much experience with ghosts already, and Luke is the future heir of Hill House. At first it seems like there’s just some mild spooky occurrences but Hill House grows in power the longer they stay there and soon it will take one of them for its own. EEK!!!

Set in murky London in 1831, the city’s vulnerable and poor inhabitants are going missing and no one will speak out on their behalf. Hester White is a bright young woman of limited means, that is until she meets Rebekah Brock, an intelligent but mysterious noble woman. Together they begin an intrepid investigation into these disappearances, which will lead them down a dark and depraved path. Creepy, eh?

The Death of Mrs Westaway

Harriet Westaway is struggling to make a living as a tarot card reader when she receives a letter naming her as a benefactor in her grandmother’s will. She knows this can’t be correct as both her grandparents died long before she was born but as she’s so desperate for cash, she decides to play along and claim the inheritance. This sees her travelling to Trepassen House, her “grandmother’s” crumbling estate. What she finds here will lead her into grave danger. This sounds like a classic gothic horror, with a modern twist. 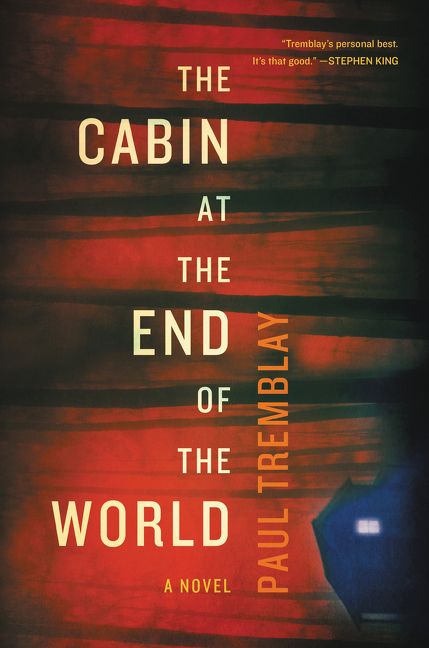 The Cabin At The End Of The World

Paul Tremblay is the award-winning horror author of A Head Full of Ghosts, which I read a couple of years ago after reading a recommendation from Stephen King. Note; if King recommends a book, you read it. He’s also recommended this one, so you know what to do. Seven year old Wen is on holidays with her parents in a remote cabin on a quiet New Hampshire lake (are your internal alarm bells ringing? Cause mine sure are. Stay away from cabins in the woods, is what I’m saying), when four strangers arrive carrying unidentifiable, menacing objects. One of them tells Wen, “None of what’s going to happen is your fault. Your dads won’t let us in, but they have to. We need your help to save the world”. And so begins a gripping tale of survival, terror, suspense, and the apocalypse! How can you resist that!

So, make your pick, grab your book, cosy up and try not to get too creeped out…

For more great reads, check out Chloe’s women in translation picks and her guide to perfect Autumn books.