As we are a bunch of people with varied interests and opinions, who read different things, watch different shows and get our news from different sources, we thought that it might be an idea to start sharing and compiling the news stories and announcements that have been rocking our world on a weekly basis in one place. That way, we can help develop the Bean community and start sharing our joys and surprise and horror with each other. It will also make this a great one-stop shop for all of the things you need to know about to rant with your friends and to add to conversations that might otherwise stay in horrible small-talk territory forever.

(TW: discussion of body-shaming, abuse, consent and rape laws is featured in this listicle.) 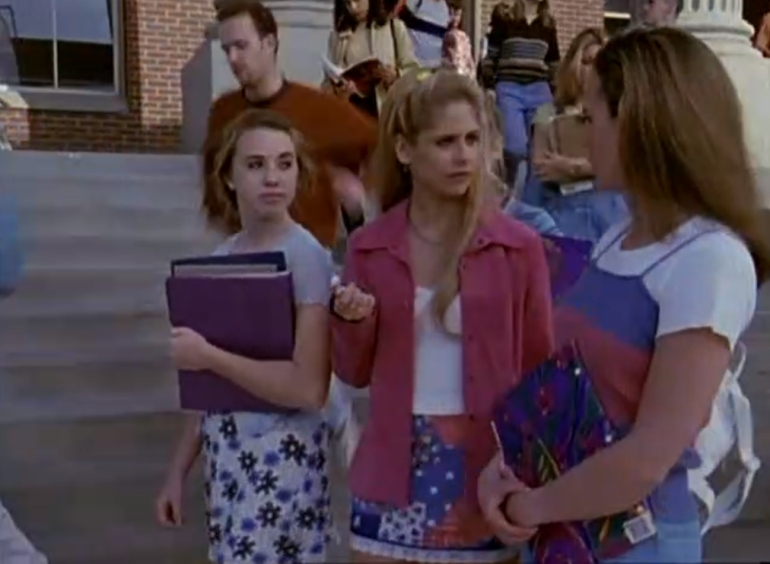 Over the weekend, it was announced that Buffy is being rebooted by 20th Century Fox Television, with Joss Whedon as an executive producer and Monica Owusu-Breen as the writer, producer and showrunner. And people, understandably, lost their minds. Touching such beloved fan property is always controversial and BtVS is an especially sacred show. Add into the mix that it is being billed as a reboot with a black actress taking on the titular role and you’re bound to deal with even more controversy. Debate is currently raging with many saying that no one even wanted a reboot and others stating that simply recycling the role – instead of creating an entirely new one – with a POC is disrespectful.

We’re hoping that it will not be an exact reboot but, rather, the story of another slayer in the same universe but the word “reboot” is being used specifically, which leaves for little room to expect such a thing. We’d also prefer that Mr. Whedon not be overly involved given the story is about the empowerment of teenage girls and it has since emerged that he, disappointingly, is just as prone as many other men in Hollywood to using his position of power to gain access to “beautiful, needy, aggressive young women” stating in a letter to his ex-wife, Kai Cole, that he was “a powerful producer and the world is laid out at [his] feet”. He can keep working but none of us are interested in him being involved in the telling of stories about impressionable young women.

Details are scarce at the moment but here’s hoping we get the story of a black slayer that we all deserve and not a flat rehash of the same story.

IT Cosmetics are launching in Ireland:

Last week, a very exciting email landed in our inboxes, announcing that IT Cosmetics will finally be coming to Ireland! Opening its first store in Dublin on Thursday that 26th of July 2018, in the ever-expanding Arnotts Beauty Hall, it will be a chance for all of us beauty lovers in Ireland to get our hands on this cult line of Cruelty-Free American makeup and skincare products – we can’t wait!

Primark’s Line of Beauty Products is Officially Certified as Cruelty-Free:

Speaking of excellent beauty news, here’s another great email update we got this past week: Primark’s PS… own-brand cosmetics range has now achieved the Cruelty-Free International Leaping Bunny certification, for their make-up, skincare and haircare products! The Leaping Bunny logo will now appear on products going forward and it is great news for those who want to go Cruelty-Free on a budget.

In the post “Me Too” climate that we live in, the discussion of abuse, consent, rape and the laws that protect victims has been even more intense than ever. Whether it is the recent case in Belfast that captured the attention of the Irish public, the constant revealing of people in power who have abused it, the inspirational strength of the group of women who faced abuse by Larry Nassar, or the removal of the judge who presided over the controversial Brock Turner case in the States from the bench; people are speaking out and standing up. In Spain, they are taking this one step further, with the introduction of a law, in the wake of the failings of their current system, that could deem a sexual encounter without explicit verbal consent as rape.

Netflix’s Insatiable is accused of fat-shaming and a petition for its cancellation gains over 100,000 signatures in days:

There’s no doubt that Netflix has been killing it as a business and there are also plenty of iconic shows and movies to have already have been produced by the streaming platform. However, their trailers for an upcoming show called Insatiable, starring Debby Ryan, have been poorly received and there has even been a Change.org petition created to call for its cancellation. Said petition has already gained over 100,000 signatures.

Why all of this chaos? The show in question, a teen comedy-drama tells the tale of Patty, an overweight teen who is bullied and finds school to be an utter nightmare. She then undergoes weight loss after being punched in the face and having to get her jaw wired shut. When she returns to school to find that everyone is treating her completely differently, she decides to use this new power over others to get revenge.

Rumblings of the problematic nature of the premise and the fat-shaming at its core quickly popped up online. The petition against the show was started by a woman named Florence Given describes it as “part of a much larger problem that I can promise you every single woman has faced in her life: sitting somewhere on the scale of valuing their worth on their bodies, to be desirable objects for the male gaze. That is exactly what this series does.” It is accused of perpetuating  “not only the toxicity of diet culture, but the objectification of women’s bodies”.

In response, stars on the show and the creators have stated that it actually highlights and tackles these issues but that remains, as Insatiable itself, still to be seen…

This is definitely news that blew the mind of our Ed-in-Chief, Colette, and not really anyone else on the team…because no one else is a Kpop nerd. But if you are interested in Kpop at all: keep an eye out for this release.

Leo, one of the two main vocalists of the group VIXX (Colette’s faves), and a member of the VIXX sub-unit, VIXX LR, (with the rapper of the group, Ravi) is releasing a solo album on the 31st! The news broke last week with little warning and was accompanied by the most gorgeous teaser vid and photos. With members of the group already active on solo tours, in dramas and web-dramas, it is a great summer for VIXX lovers and we (mostly Colette) can’t wait to see what Leo has in store for us all!

What news has been blowing your mind lately? Let us know and, if you have anything to add to this series on a weekly basis, tell us!