The other night I rewatched The Silence of the Lambs after listening to an episode of the podcast Movie Crush in which Karen and Georgia from My Favorite Murder discuss their love of the film with host Chuck Bryant. It got me thinking that there are so many excellent films about Serial Killers. My fellow Murderinos will understand why these films are so fascinating. You’re getting a tiny insight into something that (hopefully) is completely removed from your reality and so difficult for the average person to comprehend.

It’s a strange thing to type but Serial Killers seem to be all the rage at the moment. A few months ago Bean Editor-in-Chief Colette and I went to a screening of My Friend Dahmer, a film based on a book about the high school years of the “Milwaukee Cannibal”, Jeffrey Dahmer who went on to murder 17 men and boys from 1978-1991. The film is unusual as it doesn’t actually contain any of the murders, just the time leading up to when Dahmer meets his first victim. It depicts his family life and his group of friends in High School and his developing interest in all things macabre.

There is also a film starring Zac Efron as Ted Bundy, Extremely Wicked, Shockingly Evil and Vile currently in production which I’m eagerly awaiting as the casting is completely unexpected but has the potential to be the quintessential Ted Bundy movie as the film’s director Michael Berlinger is best known as a documentary filmmaker (who made Paradise Lost, the film about the West Memphis Three).

I made a list of the films both based on real life serial killers or fictional ones that I’ve watched multiple times and loved. 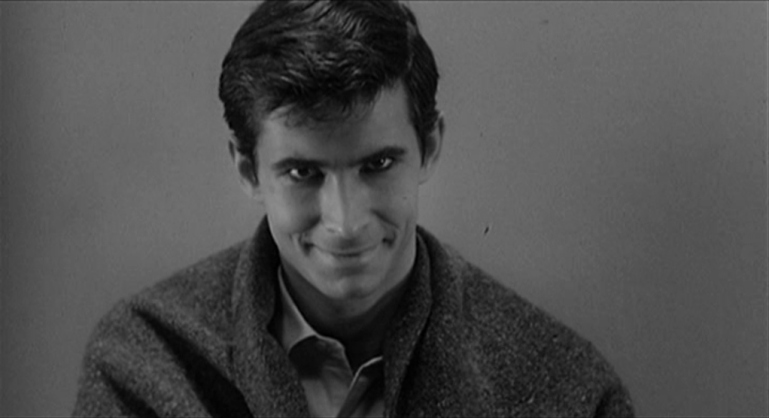 Psycho doesn’t need any introduction as it’s not just one of the best Hitchcock films, but also one of the best films ever made. It’s probably the first film I saw about a Serial Killer. Norman Bates is very loosely based on Ed Gein (If you don’t know who he is and decide to look him up, be prepared for very gruesome details). If you haven’t seen Psycho, it’s a cinematic masterpiece and a must-see for anyone remotely interested in films about murder.

The Silence of the Lambs, Jonathan Demme (1991)

While watching The Silence of the Lambs the other night I kept thinking ” this film is so damn good!” The performances by Jodie Foster and Anthony Hopkins are two of the best in the history of film. You also get a two-for-one on Serial Killers as cannibal Dr. Hannibal Lecter tries to help catch Buffalo Bill, an Ed Gein/Ted Bundy inspired hybrid Serial Killer.

American Psycho is based on the Bret Easton Ellis novel of the same name and features a first person portrayal of fictional Serial Killer/Wall Street Investment Banker Patrick Bateman. It’s set in 1980s New York with a soundtrack of Phil Collins, Huey Lewis and the News and Katrina and the Waves juxtaposed with scenes of extreme violence. I read the novel about ten years ago and the film is mild in comparison. Definitely not one for the faint of heart but Christian Bale gives what I would class as the best performance of his career and it’s one of the only films of its kind that is directed by a woman.

Zodiac is one of those films that has a way of staying with you for a while after you’ve watched it. Fincher is now the master of the Serial Killer genre and although this film is almost three hours long, it hooks you in for the entire duration. For me there are echoes of The Silence of the Lambs and some of the most tense scenes you’ll ever watch on a screen. David Fincher’s directing, an all-star cast, incredible soundtrack and beautiful cinematography from Harris Savides combine to make one of the most masterful films I’ve ever seen that will leave you wanting another three hours.

The Killer Inside Me, Michael Winterbottom (2010)

The Girl With The Dragon Tattoo, David Fincher (2011)

We’d love to know if any of these films are your favourites too, please leave us a comment and let us know!

If you’d like more recommendations of things to watch or read, check out Emma’s list of  the HBO Shows You Probably Haven’t Seen Yet or Chloe’s holiday book recommendations.

View all posts by emmadgrimes

3 thoughts on “My Favourite Movies About Serial Killers”