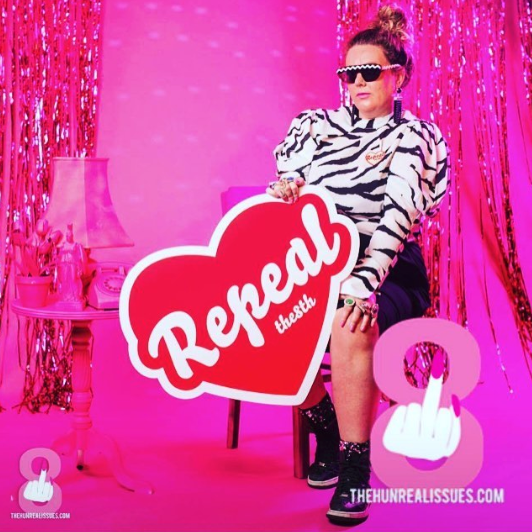 Andrea Horan decided to set up Hunreal Issues a few years ago in order to try and get her peers engaged with politics. She describes things as a “different ballgame” back then and remembers being horrified by how little those around her were discussing things in the run up to a general election that was taking place at the time. Many, she says, planned to “just vote for the same people as their mam and dad.”

At the time, she simply wanted to get women more interested and active in politics as that is the “only way people will care about women’s issues.” A website was established and social media was used to get young women interested in the issues that concerned them and help educate them, in an approachable and engaging way.

The decades-long struggle for reproductive rights in this country, of course, fell under the umbrella of these issues, but wasn’t initially the main focus. However, in the years since, Andrea and Hunreal Issues have become an important and very vocal face of the movement. They have organised events and fundraisers, produced tees and other merch to promote the cause and raise money, and they were the people who commissioned the famous Maser mural, which has been put up and taken down twice outside the Project Arts Centre in Temple Bar.

On the day that I initially spoke to her, the mural had just been painted over for that second time. I expected her to be a little disheartened but, with her trademark effervescent energy very much intact, she simply laughed and described the whole thing as “fab”. And she wasn’t wrong. The attention garnered by the removal of the piece secured vastly more media coverage than its mere existence already had. In turn, this helped promote the cause further and, once again, place it in the international limelight.

When I spoke to her again yesterday, we discussed the last few days ahead of us before the referendum and her tips on what you should be doing in these final moments.

Andrea was quick to praise all of the great work that has been done in the past months, years and decades, saying: “People are definitely engaging now and that’s the work of so many people who have put in so much effort…I think with [less than] one week to go, we have to be so grateful for all of the groups and the likes of Ailbhe Smyth, who has been working at this for, like, thirty years. I think we have to be grateful for the people like that who have been working so hard for our rights.”

However, she noted that there is still time to get involved and use your voice as, “that’s important for a campaign – that there are loads of voices involved. People engage with things in different ways so if you restrict it to just one voice, you’re missing out on involving so many other people.”

“I think getting out and talking to people is essential. That’s the most important thing. It’s very easy to get hung up on Twitter or the internet but, at this stage, you’re probably sharing things with people who already have your message. So, get out there. There are so many groups that you can get involved with. If you [are based in Dublin and you] can, try and get outside of the city. Dublin is very mobilised and regional groups are struggling. If you can get out of Dublin to canvas, do it.”

So, in the next few days, strike up those conversations. With people you know, people you don’t, anyone at all! If you want to get involved in canvassing, Together For Yes are still looking for help and there are also other regional groups located all over the country. 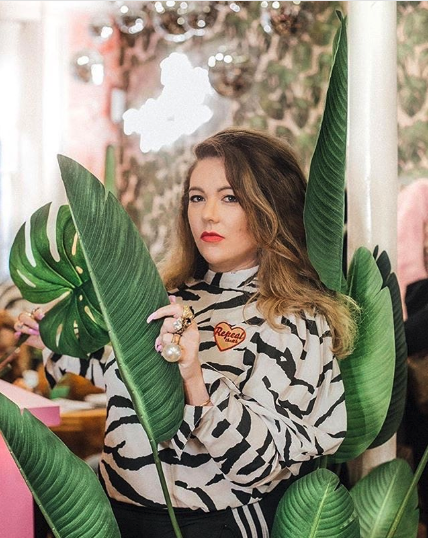 If you can’t get out there, be sure to at least keep Andrea’s final check-list of things to do over the next few days in mind:

As she says herself: “The work will, hopefully, be done by then.”

If you’re looking for more info on this topic, be sure to check out our wonderful Books Ed, Chloe, talk about why she’s voting yes as a medical professional.